Ultrasound. Is there anything it can’t do? Well, yes. Lots of things although gastric ultrasound is supposed to be one of the things it does do. Andrew Weatherall has a bit on ultrasounds, guts and the real question: when should we worry about aspiration?

I’d like to think I’m pretty welcoming of technology. I am capable with a phone. I understand enough about modern aircraft to be comfortable flying in a helicopter. It is ages since I raised a barn.

I also quite like ultrasound. I don’t just like it because I have lingering joy from the moment that interpreting an ultrasound image became less of a Rorschach test and more like an actual thing that revealed stuff. I like the fact that I can use it for useful medicine like looking at hearts and doing procedures better. Not just hearts but lungs and vessels and bones and gut contents.

Does anyone question whether it’s helpful when you’re trying to negotiate a resident alien plastic catheter homestay with a blood vessel? Or for providing local anaesthetic peripheral nerve rinses?  Of course not. So let’s say hooray for sound waves and interfaces.

So why can’t I get excited about stomach ultrasounds?

This is an interesting thing to look at in a broader environment where the whole issue of how long we should fast little people for is getting discussed. If the basic idea of fasting is to make sure that the stomach is pretty empty so we minimise the risk of clinically significant aspiration of matter from that stomach, it would be useful to know the impact of recent ingestion of fluids with sugars in them.

So this group looked at a selection of kids without gastrointestinal problems having a variety of things done. The kids had a gastric ultrasound by a single anaesthetist after 8 hours fasting. They were then given a drink 2 hours before surgery, and imaged again when asleep. 79 kids got through the whole sequence and the cross-section of the antrum was a bit smaller after the fluids (i.e. in theatres after they were asleep) than before.

Wrap it up then.  Give fluids.

Well, maybe we should give fluids but I don’t think it’s ultrasound papers that get us to that conclusion. This paper does tell us something interesting, but does it really tell us much about fasting times and volumes in the stomach and aspiration?

I’m not sure it does, or even that it could because the foundations of the absolute volume measurements that matter seem a little shaky on my reading. This paper for example opens by saying that gastric ultrasound is “a valid, reliable tool for non-invasive bedside assessment of the nature and volume of gastric contents in both adults and children.” Should we just double check that? Well one of the references provided actually deals with kids, so let’s go to there.

Working Back Through the Papers

In this paper by Spencer et al, patients fasted for upper gastrointestinal endoscopy had ultrasound scanning done with 105 patients eventually included. They then directly suctioned the gastric volume at endoscopy and came up with a predictive model linking the ultrasound findings back to the suctioned volumes. This seems like pretty impressive work. They can take a measurement and it seems to correlate with the actual volume.

Of course they acknowledge that patients who already need the gut camera might not entirely represent the general paediatric population. The other perennial problem is that the actual volume that matters still seems obscure. This paper didn’t actually have many patients with higher volumes in their stomach, although towards the end of the paper they note that a normal fasting volume is < 1 mL/kg and an abnormal amount is > 1.5 mL/kg.

The reference they give for the normal values seems, well, humble might be the word. Go to the Cook-Sather paper where they did the measuring of gastric volumes with an endoscope but not the ultrasound and you aren’t overwhelmed by the numbers. That’s not to say the authors of that paper necessarily intended for it to determine all of normality when they looked at a total of 17 patients over the ages 6 months to 11 years. That’d have to be a pretty special 17 patients to represent all of the planet’s children.

Now to some degree they were looking to validate blind aspiration of the stomach to estimate volumes in there against endoscopy. They wanted to show it didn’t leave much behind. They argue they get pretty close and follow with “the vast majority of fasted, healthy children presenting for elective surgery have a GFVblind (the blind suction gastric fluid volume) < 1.25 mL/kg with a median of 0.27 mL/kg and a mean of 0.4 mL/kg”. They later mention that 95% of patients fall below this < 1.25 mL/kg number. Is this where the < 1 mL/kg and > 1.5 mL/kg thing comes from? Seems … not that strong a basis for playing bingo with the numbers.

So if they’ve just showed differences in volumes, but not truly confirmed that the higher volume definitely equals aspiration risk, how robust is the “bigger volumes are bad” evidence? 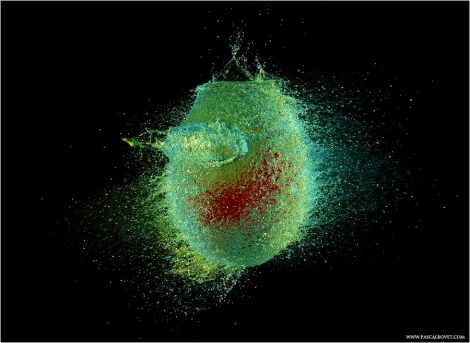 How much volume before it goes bang?

Well back to that paper with the 105 patients and sentence 3 says “elevated preoperative gastric volume is a risk factor for severe aspiration pneumonitis”. Their references? The first one is the 1990 monkey study. 24 monkeys (Cercopithecus aethiops for the species spotters) were anaesthetised, had their own gastric contents aspirated and this fluid was then manipulated by adding hydrochloric acid to produce a pH of 1. They then received 0.4 mL/kg, 0.6 mL/kg, 0.8 mL/kg or 1 mL/kg into the trachea. The top two dosage groups did less well. I don’t know, I still don’t feel like I can extrapolate specific volumes from this.

Of course there’s the other reference. That one dates back to 1974 and is actually about dropping the risk of acid aspiration during Cesarean section. They’d also done some work in monkeys and this suggested that “0.4 mL/kg is the maximum acid aspirate that does not produce significant changes in the lung. As this translates to approximately 25 mL in the adult human female, we have arbitrarily defined the patient at risk as that patient with at least 25 mL of gastric juice of pH below 2.5 in the stomach at delivery.”

Maybe this is why the volume measurements feel a bit hollow to me. Or maybe I just feel bad for the monkeys.

Stuff With More In It

So as much as I appreciate the effort and all those interesting facts in the ultrasound papers, they’re not the sort of things that would make me want to look closely at what we do. They’re just not as persuasive as the ones that actually say more about aspiration.

Enter the Swedes with a paper with the overwhelming efficiency of an Ikea store. Andersson and colleagues looked at 10015 patients having elective procedures in a setting where the fasting routine allowed for 0 hours of fasting for clear fluids. There were 3 cases of confirmed aspiration but no postoperative sequelae (meaning no respiratory support required) and 14 cases where a transient change in respiratory status occurred but nothing else seemed to result. That rate of aspiration squarely falls in previous estimates falling between 1-10 per 10000 patients.

At the same time the authors note that letting kids drink clear fluids up until surgery helps a lot when it comes to keeping kids and families happy, even extending to better behaviour, less anxiety and higher comfort levels.

This is research that is easier to slot into a consideration of current practice. Bigger numbers addressing the way we manage patients and the change in risk (or zero change in risk) that results. It’s certainly more persuasive than ultrasound studies where we’re looking to grade volumes as normal or not so normal, while actually failing to make a strong link between where the cutoff translates to aspiration risk. All that when all along it’s the aspiration risk we’re interested in.

So as interesting and clever as the ultrasound stuff is, it remains as a bit of spice for the main meal of practical aspiration risk. It adds colour to the picture but without the work looking at 10000 + patients, the basis for it just isn’t strong enough to have rethink our old fasting rules. It’s the Swedish paper that makes me want to look at dropping down from the classical 2 hours for clear fluids fasting guidelines.

So chalk one up for the Swedes. Just when you thought it might just be music from the ‘80s and their enthusiasm for the Allen key you’d remember, they bring it right back to clinically useful stuff.

Without so much as an ultrasonic probe to do it.

That image was from flickr Creative Commons and is unchanged from the photo posted by Pascal Bovet.

The ever helpful Minh Le Cong has pointed me in the direction of this excellent resource on gastric ultrasound (note some of the contributors are from these papers). It has a lot of good stuff so you can look at gastric ultrasound in more detail. Going to sources always beats just looking here

Now, to those sources:

2 responses to “How full can the balloon be?”