Anaesthetists spend a lot of time thinking about tweaking the perfect anaesthetic. Thinking and talking. Obsessing over the perfect wakeup, debating how to deliver the perfect neuroanaesthetic or talking up looking after the cardiac kiddies.

So why are there things that obsessives like anaesthetists don’t spend so much time on? Our literature seems to spend far too little time talking about the more common stuff that is more like the bread and butter. There’s just as much art to be deployed in doing a perfect job of a “simple” anaesthetic as the big stuff sometimes.

So for today, why don’t we talk about taking pictures?

Let’s be specific. Let’s talk about doing general anaesthesia for computerised tomography. It’s easily thought of as not a big deal but there is a world of difference between making someone not move for a scan and delivering a good anaesthetic for the patient that also lets the photographers (look, radiography can be creative) get their job done.

There’s a particular subset of kids who get listed for GA. The ones that seem to turn up are infants who need highly reliable imaging (particular tumour surveillance), little ones needing a good look at their chests (that’s infants and even neonates who need their lungs, airways or cardiovascular anatomy looked at) or those who need info about the anatomy of their heads (for example kids looking at cochlear implants or craniofacial surgery).

The first question of course should be “is a GA really necessary?” It’s easy to be presented with the request and think “well I guess they know what they need” and not adequately quiz the whole situation. In those younger kids it might be obvious, but it’s easy to underestimate the ability of a 4 year old (or sometimes younger) to get through the few seconds of the modern CT scan in an appropriate statue pose with a bit of explanation, maybe a game to play and a little support.

It’s particularly easy to keep going down the GA pathway when the kids have had done that before. That trap particularly claims those who are getting cancer surveillance.

So, assuming we’ve asked that question first, what are the other key bits? (I’m going to assume for the sake of an attempt to pretend I value brevity that the clever anaesthetist has already done a preoperative assessment and is up to continue on this day with this scan). Why don’t we turn to the literature?

So following are a collection of “things I reckon” mostly derived from prior requests from radiologists and radiographers combined with wisdom from cleverer types than me.

We all appreciate our job in providing good surgical conditions when it’s abdominal surgery, or spine surgery, or anything else where there’s someone wielding the sharp, pointy things. What we don’t always express is our role in providing good conditions for radiologists and radiographers. Our job is to provide ideal conditions to take brilliant images (again, I’m assuming the “safely” bit is non-negotiable and a given). 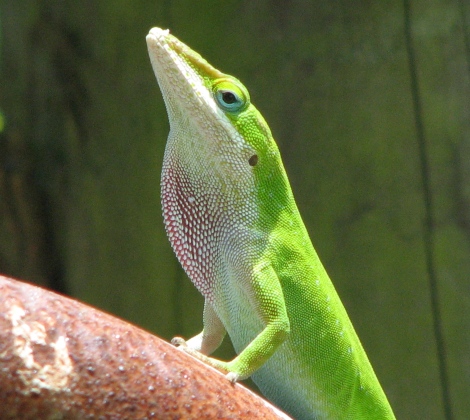 Don’t tell me “Strawberry” here doesn’t know how to strike a pose.

So the patient has to be still for the scan. The GA alone should do that of course. The other thing to focus on is the particular bit that is being imaged. For anything that includes chest, abdomen or pelvis there’s a pretty good chance the imaging team need a breath hold. For the precise bit where the camera shuttles around the donut, they need a still life. Movement = a blurry picture. And you’ve messed up the picture. This leads into the next point …

For the ones that need a breath hold, a good inspiration is everything. It’s part of the anaesthetist delivering the ideal picture-taking conditions. Delivering this may inform the specifics of technique for the general anaesthetic (for example, will you utilise muscle relaxation or not?) and the choice of airway management (particularly supraglottic vs ETT).

It’s about more than just holding the breath to prevent movement too. Let’s take the example of the patient having tumour surveillance. A key role of the radiologist is to be able to advise the treating specialist if there is any evidence of metastases. That means they have to be able to look through clear lung fields and comment on what they see. Collapsed, blobby lung edges obscure that view and prevent them reporting with the confidence everyone needs. The last thing you want is to need to repeat that scan while you recruit those distant alveoli.

That brings us to …

Have a strategy for recruiting all those lung units, all the way to the edge. We all know that once you’re anaesthetised, atelectasis is inevitable. The anaesthetist needs a strategy to open those little air sacs.

Perhaps start with being efficient. If time = atelectatic lung then minimising the time between induction and the happy snaps makes sense.

I’ve always tended to combine preparation after the scout scans with some manual breaths and sustained slow inflations at a reasonable airway pressure (around 20 cmH2O) then follow with sustained CPAP at those same pressures for a good duration around the picture itself. Recruitment pretty much equals pressure delivered over time so it’s at least a bit important to spread the pressure over a little bit of time). The airway is only exposed to those pressures very briefly and there’s not much to suggest that is an issue for most patients.

There are obvious exceptions to the “use decent pressures to open those airways” rule. This is particularly true for kids with any emphysematous form of lung pathology (e.g. congenital lobar emphysema). There’s no evidence for what particular pressure is safe in these kids, but it is an example of a condition where you don’t want to pressurise those lung units (and the diagnosis isn’t critically dependent on complete absence of atelectasis in that setting).

This isn’t even so much about the breath hold because that effectively goes on and on. Where it might be relevant is IV contrast. For a lot of these scans the timing of inspiration vs contrast vs scan is vital to highlighting the right structures. This is particularly the case for CT angiograms.

It can make life a lot easier for the radiographer if you get the IV access in a  convenient location to help them figure out their timing. Of course beggars can’t be choosers and in some kids you just can’t get that cannula where the person pressing the button wants it (usually the right arm in my neck of the woods).

It’s worth an ask though. Better contrast = better pictures.

Of course there are adjustments you can make. Don’t clear that atelectasis? Well you could go again I guess. Or you could take some prone images, which pretty much always resolve the collapse issue.

Looked at another way for kids under 5, for every 1000 head CT scans you might expect to see an additional case of cancer. For the exposure in an abdominal or pelvic CT, whatever the age of kid 500 scans would be expected to result in one extra cancer.

Delivering the right conditions the first time is a step that paeds anaesthetists can take in protecting the future health of their patients.

It’s not like taking family photos and repeating them because one kid closed their eyes. Put it together the first time.

Those are pretty general comments of course. Perhaps that’s all you need to start though. It’s like anyone trying to take good pictures. Know what picture you want. Take a deep breath. Get the timing right. And everyone likes a professional who can deliver on the first take.

I really didn’t find much in the literature on doing CTs under GA. Any help would be gratefully received.

I did find this letter to the editor:
Ghai B, Panda N, Makkar JK, Saxena AK. Pediatric Computed Tomographic Scan with Anesthesia: What the Anaesthesiologist Should Know. Anesth and Analg 2006;103:1623.

There was also this more general review of paediatric radiology and anaesthesia (the practical about doing the CT is on page 75, though there is a good deal before that on choosing patients to have sedation vs GA):

If you want to understand those risks of ionising radiation a bit more, 2 key articles are worth a look:

Oh, and if you’ve got this far a reminder that somewhere on each page you can sign up to get an e-mail when a post goes up.

Also, we’ll probably have a few weeks off for a bit of summer time.

4 responses to “Capturing the Perfect Pose”